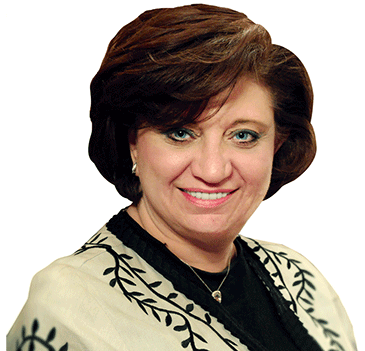 Married at the age of 16 with a 9th grade education, she is a woman who truly earned the title “Champion of Change” – a title she received in 2014 from former President Barack Obama at the White House. A self-taught refugee woman who was able to rise above her challenges and serve humanity day in and day out – Nahla Kayali has been described by the White House as a foot soldier. And a foot soldier she is. This Palestinian refugee from Syria founded the nonprofit organization Access California Services (AccessCal) through perseverance and vision. Established in 1998, AccessCal now serves close to 12,000 underserved and vulnerable individuals, including immigrants and refugees each year with over 65,000 services. This is done under the care of close to 40 diverse staff to ensure the cultural and linguistic competency of AccessCal.

Growing up in Syria as a Palestinian refugee, Nahla proved to be a natural-born leader. Amongst her group of friends, she was always very outgoing, assertive, and street smart. Everyone in the neighborhood knew who she was and knew she could go far in life. In the 1970s, growing up as a visionary teenager in Syria, Nahla fantasized about the United States. She grew up watching the television series “The Mod Squad” and dreamt of moving to America to be part of a new world. At the age of 16, Nahla received a marriage proposal from the United States. As soon as Nahla received this proposal, she instantly knew this was her one-way ticket to actualizing her dream of moving to the United States. Nahla eagerly said yes without even completing high school, hoping her dreams would come true as she started a new chapter in the United States.

As excited as she was to be in the United States, it was nevertheless a culture shock. Nahla recalls being quite scared as she got acquainted with a new society. By the time Nahla’s children were teenagers, Nahla became a single mom and began searching for supportive services she could receive as she adjusted to her new life. Her first instinct was to go to her local mosque. Although it was culturally appropriate, the mosque did not provide counseling, health information, or employment assistance – all services that Nahla was looking to receive.  Nahla was shocked that no culturally and linguistically competent social services were available for her community in Southern California. It was in those dark moments that Nahla promised herself that she would find a way for herself and her fellow community members to access health and human services in a culturally and linguistically sensitive setting.

Through a borrowed book from the public library, “How to Start a Non-Profit in California,” Nahla taught herself day and night how to establish a non-profit organization. Nahla then borrowed 800 dollars from her mother and took a phone from her home and a folding table and a chair from a dumpster to establish an office. She networked with different state departments and other community-based organizations to learn how to bring services to her community and advocate. Nahla proved to the community that women too can lead and make a difference in a historically male-dominated society. Once Nahla established AccessCal, she received her first grant for $2,000 from the Community Action Partnership of Orange County (CAPOC). As the delivery of services began, Nahla realized the need was so much greater than she expected. Nahla went back to the community and started completing needs assessments and surveys door-to-door with community members. This exercise provided the foundation for AccessCal. What began as one program, now offers over 100 services daily. Under Nahla’s leadership, AccessCal has now become one of the most trusted community-based organizations in the state of California, with a budget of over $2.0 million.

Nahla’s growth of AccessCal has helped prevent hunger and homelessness among refugee and immigrant families. Her vision has also helped alleviate the trauma experienced by many newly arrived refugees and domestic violence victims. Her work empowers women by assisting them in acquiring new job skills so they can find employment. She has also ensured elderly immigrants are not left feeling isolated or depressed. She enables the youth of today embrace the duality of their identities to become the critical thinkers of tomorrow.

Nahla has been the magnetic force behind reuniting families, as she has helped Dreamers (DACA recipients) remain in the United States. Nahla continues to be the listening ear, loving heart, and helping hand to those in need of shelter and food. As an immigrant and single mother, she understands the needs of newcomers and works tirelessly every day to ensure health, linguistic, economic, and community integration. Nahla’s work has demonstrated that when newcomers are empowered, they can become successful contributing citizens and achieve the American dream.

Nahla’s advocacy efforts have helped increase funding opportunities for immigration services, health access, and mental health services.  Her advocacy efforts have helped government entities increase their engagement with immigrant and refugee populations.  Nahla’s efforts have shaped AccessCal into a model organization for providing direct services throughout the State of California, with other non-profit organizations referring to AccessCal’s best practices shared by the State.

Nahla is always on the go trying to bring further resources to communities in need.  Currently, she is partnering with the City of Anaheim to build a resource center in a local park to help build a healthier, sustainable and vibrant community. Individuals and families from all ethnic, religious, and socioeconomic backgrounds would have free access to direct services, education, health clinic, and recreational services. This potential center would also increase job opportunities for residents in the community.

Countless articles have been written about Nahla and her leadership. Nahla’s story is featured in the book titled “Leadership with Impact: Preparing Health and Human Service Practitioners in the Age of Innovation and Diversity,” authored by Juan Carlos Araque and Eugenia L. Weiss, professors at the University of Southern California (USC). This book is currently being referred to by USC’s Master of Social Work Program. Thousands of copies have been sold worldwide, and the book is presently being translated into multiple languages. Nahla has also been a featured speaker on National Public Radio (NPR) and KPCC Radio regarding refugee resettlement. Nahla had also earned a sabbatical through the California Wellness Foundation in response to her tremendous work serving the community.

Dedication During the COVID-19 Pandemic

When the COVID-19 health crisis engulfed the State of California, instead of migrating the organization to a virtual set-up, Nahla, with the support of her team, kept the doors of AccessCal open safely. As a humanitarian organization providing essential services to low-income communities in Southern California, she realized now more than ever her community required their support. Nahla’s team stood with her to ensure critical services to the community were not disrupted during the COVID-19 pandemic. Nahla’s passion and dedication to continue serving on the frontline during the pandemic resulted in multiple opportunities for vulnerable families to receive in-person care and resources. Nahla and her team hosted drive-through food distributions that provided immediate food security to close to 5,000 individuals. During the Muslim holiday of Eid-Al-Fitr and AccessCal’s most anticipated annual toy drive, 300 children received new toys during a two-day drive-through distribution. On World Refugee Day, Nahla and the Refugee Forum of Orange County held a drive-through celebratory engagement to recognize the achievements of their refugee clients. Volunteers handed out food boxes and gift cards donated by the Orange County Food Bank while a famous Iraqi DJ played music. It has been a period of such uncertainty, but under Nahla’s leadership and guidance, AccessCal has been providing hope to thousands of families during these trying times. 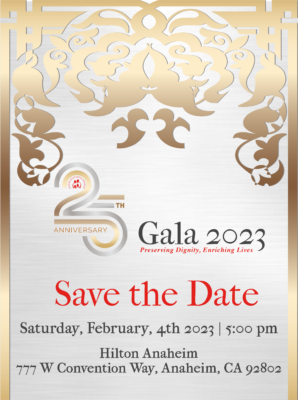