Nahla Kayali, AccessCal’s Founder and Executive Director, along with AccessCal’s staff, attended the Refugee Scholarship Awards at UC Irvine! Kayali spoke to youth about her inspiring story of starting AccessCal, and encouraged youth to never set a limit on their dreams.

“I know the future is in good hands with everyone in this room,” Kayali said.

In 2017 Iman Siddiqi, creator of the Refugee Students Scholarship Program, saw a gap in how many scholarships were available to refugee youth and sought to create a scholarship specifically for this population.

Kayali, who was once a refugee herself, joined forces with Siddiqi and became a fiscal sponsor of the program. This year, the program awarded five amazing students scholarships for their dedication to their higher education.

Youth were able to network with industry professionals, as well as listen to the stories of their fellow peers and local officials. The City of Irvine’s mayor, Farrah Khan, was also in attendance, and praised the scholarship program and AccessCal for their contributions to the community. 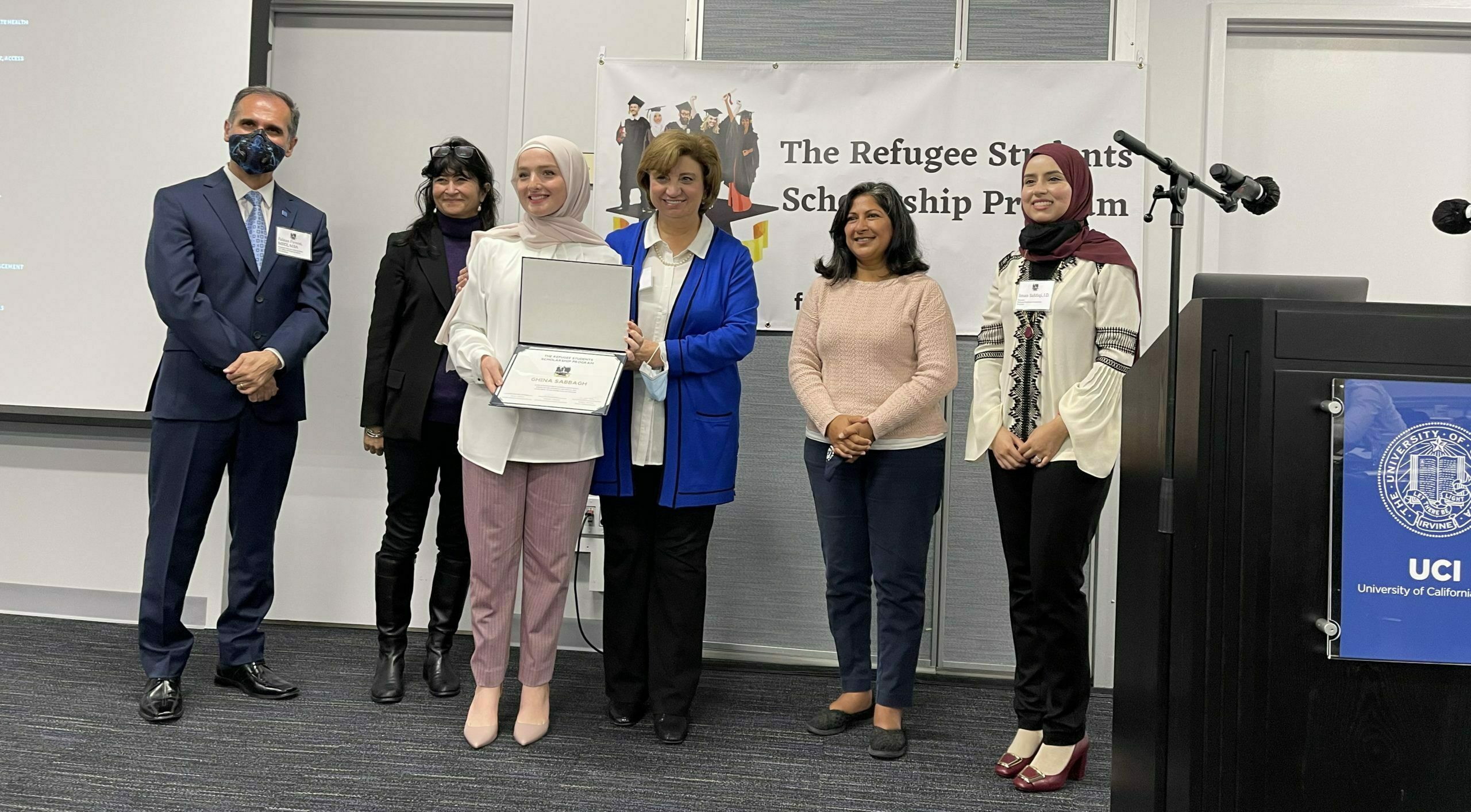